The “cloud” is amazing. Its very existence makes many new technologies possible. It also helps older technology operate more efficiently. Whether you realize it or not, the cloud is already making your life easier.

We recently published an article explaining the “Cloud.” While we explained what the “Cloud” is, we did not go into much detail about how it is actually used. This post will explain some common ways you’re probably already using the cloud, as promised in our previous article. 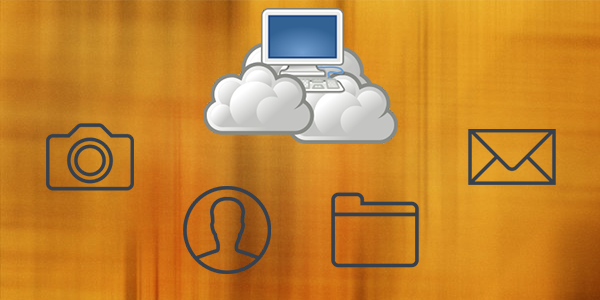 How Are You Using the “Cloud?”

Here are 6 examples of how you might already be using the cloud that many people don’t realize:

This is one “cloud” based service that has been around since before “the cloud” was a technology buzzword. While you may be used to checking your email in a desktop client such as Outlook or Thunderbird, you can likely check your email via “webmail” as well. Your email runs from a server that can be accessed nearly anywhere in the world. As long as there is an internet connection you can check your email.

Most, if not all, email has always been like this. Email could safely be considered one of the first cloud-based services to ever exist. Although the way email runs is not new, cloud technology has improved its functionality.

There are many cloud storage providers online. One that we have used at HostandStore is Dropbox. With cloud storage, it is possible to synchronize files with other users, as well as from computer to computer. For example, cloud storage makes it possible for a user to sync files between home and work computers.

Cloud storage is also a great backup solution. This is helpful for both personal and commercial use. Imagine experiencing a catastrophic system failure in the office. If you’ve used on-site backup, your backup files are probably now useless. If you had stored your backups in the cloud, however, you’d have a viable backup and you would be able to get back up and running in no time.

If you use any type of social media, you are using the cloud. Every major social media platform utilizes cloud storage to store the massive amount of data shared by its users on a daily basis. Cloud storage is what allows that same data to appear seamlessly on computers all over the world. Any time you make a status update on Facebook, your post goes straight to the cloud. The same goes for Twitter, Google +, LinkedIn, Pinterest, Instagram, Tumblr, Ello and any other social media platform you may be using. All that data is stored in a redundant cloud system. In the event of a server outage, all cloud-based social media platforms will carry on without a hitch. The cloud keeps you connected to your friends and family in the most efficient way currently possible.

Cloud-based gaming allows users to play on any operating system or device. Historically, the majority of games have only been available for PCs or console game systems. As cloud gaming is getting more common, players are becoming able to game with people on completely different systems. This was completely unheard of until recently.

Cloud gaming has also made it possible to save games online. This is convenient because users can move between different locations and pick up where they leave off. This also cuts down on hard drive usage, eliminating costs in the long term. Saving money is never a bad thing. Not all games are currently using the cloud, but this is becoming more common all the time.

In the last several years, many people have begun using media streaming services to enjoy movies, television and music at their own convenience. These services have completely revolutionized the way we experience certain types of media. A few examples of these services include:

These services allow users to stream almost endless amounts of movies, music and videos at affordable rates. According to an article published by huffingtonpost.com from April 2014, almost 5% of people that previously paid for television have replaced it with these streaming services. This is a big change. While 5% might not seem like much at first glance, it signals the start of a new era. Never before has there been a competitor to paid television, but the cloud has made this a real possibility.

The “Cloud” Can Be What You Need it To Be

This list is in no way a complete list of what the cloud can do. As our technical needs progress, so will the capability of the cloud. As time and technology push forward, we will continue to see more creative ways the cloud can be utilized.

As you were reading this article, you may have realized that you are using the cloud everyday. We certainly do. Let us know how you’re using the cloud, and some ways you would like to see the cloud used in the future. Share your thoughts in the comments below.